Puppies are provided some immunity to canine diseases before and shortly after birth. The mother’s antibodies are provided to puppies before birth and later in the mother’s milk. Maternal antibodies last for only a few weeks. After this time, the puppy becomes susceptible to disease. Therefore, the puppy’s vaccination program should be started at about 6-8 weeks of age and be complete by about 4-6 months of age with certain yearly vaccinations after that. The program usually includes vaccinations against distemper, hepatitis, leptospirosis, parainfluenza, parvovirus, coronavirus and rabies.

Your Puppy’s First Visit to the Vet:

You should take your puppy to the vet within 24 hours to verify that is free from infection or congenital defects. Please note: Since most veterinarians’ offices are very busy and are not always open, it is wise to make an appointment for this initial examination prior to taking possession of a puppy.

Unfortunately, your vet's office may also be a contact place for many infections and illnesses because that is where sick animals go and many people do not keep their animals' vaccinations current. I have often wondered while watching my dogs on the waiting room floor which animal was on that floor just before mine and what was wrong with it?

Other animals visiting the office eliminate in the parking lots, walk on the floors, sit on exam tables, rub against the clothing of the vet and assistants and breathe out airborne contaminants among other things. That’s why I try to limit vet appointments to only those which are absolutely necessary by giving as many medications and immunizations and myself (especially to young puppies whose vaccination schedule is not complete). Still, it is necessary to go to vet sometimes.

Many new owners will expose their new puppy to other people and pets before the puppy’s full immunity is in place. It is natural to want to show off your new puppy…. it’s just not very wise. Some owners will take the puppy to the park or to a friend’s house where it will be exposed to other animals, their waste or the water source other animals (pets as well as wildlife) have used. Some will take them to the pet store with them. Blaming the kennel for the resulting illness of these ill-advised actions is not fair.

In fact, a good kennel master will often ask you to disinfect your hands prior to handling his puppies or to wear gloves during handling to prevent the spread of disease or infection. He has no way of knowing if you have a sick pet at home or if you have handled other puppies prior to visiting his or her kennel. You wouldn’t want to choose a puppy and fall in love with it only later to discover that it had been infected by the person who handled it or one of its littermates just before you arrived would you? And you can be sure that the kennel master doesn’t want to lose any of his adults or puppies. You can also be sure that he will be hesitant to take back a sick puppy or an older dog and risk exposure to the rest of the kennel without a vet's signed statement that any deformity is congenital, no illnesses are present and all vaccinations are current.

Visiting your vet right away protects you, the kennel, the puppy, its parents and its littermates. Remember, if the puppy contracts an illness, it can also transfer it to your other pets…. or perhaps even to you.

Affected dogs blood severely or entirely lacks von Willebrand factor (vWF) which is a protein which helps to promote blood clotting by increasing platelet cohesion. von Willebrand's disease doesn’t lower the number of platelets available, it simply makes them less “sticky” so they are unable to accomplish normal clotting.

An affected pup may bleed from its gums when teething, may have spontaneous nosebleeds, blood in its stool or urine, have excessive bleeding during estrus or after whelping, experience prolonged estrus, have blood in its gastrointestinal tract or it may display prolonged bleeding from small or superficial wounds which can lead to anemia, shock, or, if left untreated, even death. Accordingly, you might request that your vet keep desomepressin, and, at times of scheduled surgery, fresh frozen plasma or cryoprecipitate (a clotting enhancer) on hand. In an emergency, a transfusion of blood or fresh frozen plasma may stabilize the injured dog. The dog donating the blood may be treated with a drug called DDAVP prior to donation which will raise the amount of von Willebrand's factor in the donor’s blood to make the blood more likely to help the recipient clot more readily.

Certain medications can precipitate a bleeding crisis in vWD affected dogs and it is critical that they be avoided. The list includes: Nsaids (such as Aspirin, Phenylbutazone, Ibuprofen and Indomethacin), Estrogen, the cillins (Penicillin, Ampicillin/Amoxicillin), Sulfa-based antibiotics, Phenothiazine tranquilizers, Theophylline, Antihistamines, and Chloramphenical. Drugs which can induce hemorrhagic disease include at least 10 antibiotics, 8 anti-microbials, 5 anti-convulsants, 7 anti-inflammatory agents, 12 anti-cancer drugs, 7 cardiovascular medications, 1 diuretic, 1 hormone (estrogen), and 12 in the miscellaneous category. There are undoubtedly more and who knows about drugs used in combination with the seemingly endless array of alternative medical therapies?

One combination we do know about and which should ALWAYS be avoided is aspirin-related products (such as Rimadyl, Ascriptin, etc.) and steroids (such as Prednisone, Dexamethasone, etc.). No over the counter drugs should EVER be used in combination with prescription drugs without the approval of your vet. Low platelet counts can result from diseases of the spleen and liver or from any of several types of cancer as well as occurring secondary to protein-losing processes, inflammation of blood vessels, (allergic and auto-immune, and the frequently fatal disseminated intravascular coagulation (DIC). 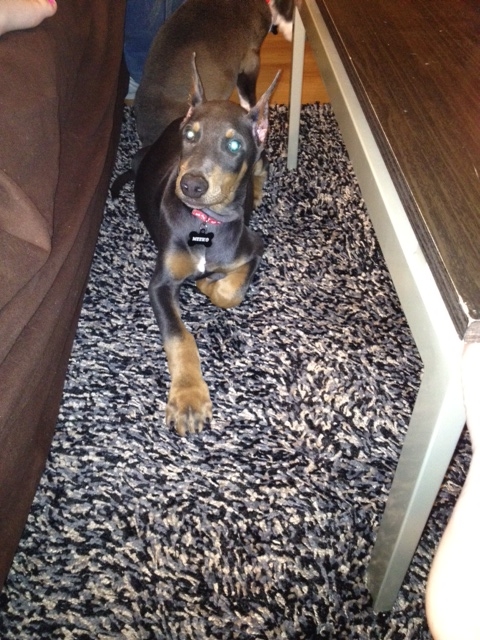