In the United States, there are four accepted colors in the Doberman breed. These are black, red (also referred to as brown), blue, and fawn (also referred to as Isabella). In the Doberman breed there are only two sets of genes which interact to produce these colors -- the "B" series, and the "D" series. Each of these gene "series" contains two alleles (variants) in the Doberman breed; the "dominant" allele is referred to with a capital letter, while the "recessive" allele is referred to with a lower-case letter. Dominant alleles always "dominate", or hide, the effects of recessive alleles in the same gene series. So we have B, b, D, and d. B produces black, b produces red (brown), D produces full pigment (non-dilute), and d produces dilute pigment.

Each dog carries two copies of the B series of genes and two copies of the D series of genes, and the dominant allele will always cover the effect of the recessive allele. So a black dog can be either BB or Bb, but a red dog must be bb. Similarly, a dog with non-dilute pigment can be either DD or Dd, but a dog with dilute pigment must be dd. Blue dogs are the dilute form of black, and fawn dogs are the dilute form of red.

So here's what we're left with -- Black dogs can be BBDD BbDD BBDd BbDd Red dogs can be bbDD bbDd Blue dogs can be BBdd Bbdd Fawn dogs can ONLY be bbdd Therefore, the albino trait is not dominant to either the black or dilution traits. This means that a dog must carry two copies of the albino gene in order to hide the other color traits.

We now know that defects in several different genes can produce albinism. The albino series of genes is classically referred to as "C". Therefore, all albino dogs must carry two copies of the recessive gene, cc in order to appear albinistic. Normally colored dogs can be either CC or Cc. Dogs who are Cc can be any of the accepted colors, and there is currently no test (except for test breeding) which will detect the albino gene being carried by these dogs.

The results after a five-year study conducted by the DPCA and its consultants, concluded these mutants were correctly termed, "albino” (tyrosine positive) or “partial albino” (tyrosine negative). It is important to note here that partial albinos are still albinos. Although albino Dobermans are not permitted in the show ring, their normally-colored siblings ARE.

In Summary:
Since, like every dog, whether purebred or mixed breed, Dobermans can have health issues, the knowledgeable breeder will strive to minimize those over which they can exert some control. They will be open to prospective buyers about their dogs health histories and test results and will always be willing to help the new owner to learn everything they can about their dog.

Because there are no reliable tests for some disorders like CVI and cardiomyopathy and tests for others are not always reliable while still others can be normal at one test and abnormal at the next (like eye disorders and thyroid disease), a breeder has limited control over freeing his kennel from them. For those, he relies upon feedback from the dogs owners over the lifespan of the dogs he provides from his kennel as much as he does testing.

Over the last decade, scientists have begun to identify individual genes and DNA-based technology has been developed to test animals for the presence of disease-causing genes. Some disorders, such as vWD and hip displasia, are genetic and can be reliably tested and accounted for in the breeding practices of the kennel over time. For the others which can't, progress is still being made. 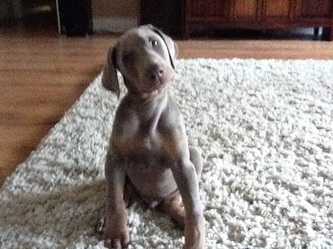